Home / Blog / On the Witches Trail in Pendle 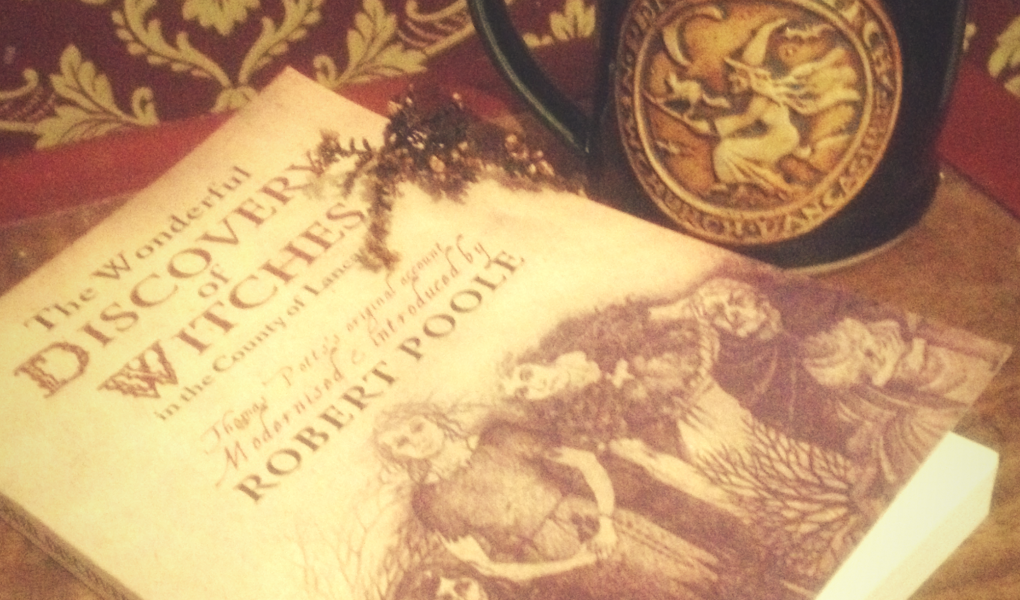 Times were troublesome over 400 years ago, and in the shadow of the wild and imposing Pendle Hill, witchcraft was brewing. King James I was on the throne, and he was terrified of people who could plot to take his life, namely Catholics and in turn, witches. Lancashire, being a wild and lawless county was the perfect place to hunt devilish heretics. 20 people accused of witchcraft were taken to Lancaster prison to be put on trial, where they were accused of bewitching to death, causing illness through cursing, cavorting with familiars and imps, using charms and sorcery for evil ends and making clay images to maim and kill.

It began when Alizon Device, a beggar, was walking through Pendle forest and asked a passing pedlar for some pins, he refused her. She cursed him and only moments later the pedlar dropped to the ground with the symptoms of a stroke. Alizon felt so guilty she confessed herself a witch, but also indicated that her mother Old Demdike too was a witch, as well as Demdike’s rival Old Chattox and her daughter Ann Redferne. These four accused were held at Lancaster, while in the meantime, a meeting was held on Good Friday at Malkin Tower (Demdikes home). Friends and family of those incarcerated were in attendance. News of this meeting was leaked, and rumours abound that it was actually a Sabbat, a meeting of witches where they plotted to blow up Lancaster castle, kill the gaoler and free the prisoners. Those found to be at this witches meeting were also imprisoned. In the end 10 ‘witches’ were hanged on the moor above Lancaster, Old Demdike died in prison before she could be tried.

I’ve been fascinated with the story of the Pendle Witches for a long time and now I’ve finally had the chance to visit that magical and mysterious landscape!

This was my first view of Pendle after driving for miles through Lancashire hills. It’s more of a mountain than a hill and it truly did dominate the landscape. The views all round were stunning and felt like we had stepped back in time, I was listening to Steeleye Span as we wound along and thought a bent wiry old beggar woman coming up the road wouldn’t look amiss, hobbling to the beat of folk rock.

Our first stop was Pendle Heritage Museum, where we read about the witches, walked about the gardens and browsed books in the gift shop. There was a set up of what a 17th century kitchen might look like. Near the entrance was a memorial, it read “One voice for ten dragged this way once by superstition, ignorance. Thou shalt not suffer a witch to live.” Next we drove through the village of Roughlee, to find the sculpture of Alice Nutter, one of the witches hanged which was rare for a woman of wealthy status like Alice.

Feeling a bit parched we headed off to the Pendle Inn (Isn’t that a fantastic pub sign?) Which I was please to see was all decked out for Halloween!

Not far away from the pub is the village of Newchurch-in-Pendle, where in the grounds of St Mary’s church is the grave of members of the Nutter family, supposedly related to Alice Nutter.

And then just up the road is a delightful little shop called Witches Galore, selling all sorts of witchy items and Pendle paraphernalia. Outside the shop was this sweet witch with eerily realistic glassy eyes looking up into the brewing storm clouds.

The last place we visited was my favourite place of all, it was the one place where vibrations of ancient times and the souls of the witches seemed to dwell.

It’s an ancient quarry or stone pit, where Demdike was said to meet the devil, in the shape of a boy dressed half in black and half in brown. I looked up at the giant rock faces, my own face battered by the wind and rain, it felt eerie, it felt frightening, it felt magical and archaic. I turned to leave and saw this wizard/greenman carved into the rock face.

To walk the lanes and view the sights of a place so beautiful and so full of history, is the sort of thing I live for. Goodnight fellow Witches! 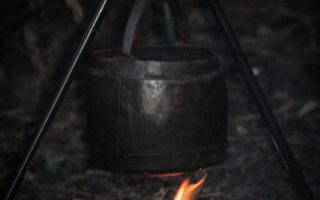 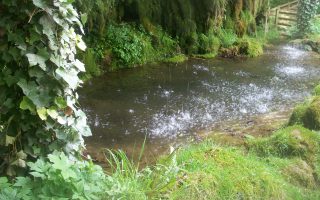 A visit to Mother Shipton’s Cave brought to you in rhyme! 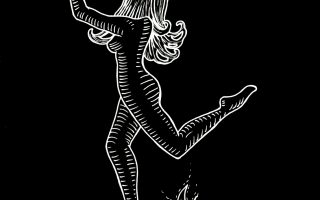 How The Golden Bough Inspired The Wicker Man