For centuries the cauldron has been a principal tool for a witch, but is perhaps underutilized in a lot of modern magical practices. From Cerridwen’s cauldron of poetic inspiration, to the cast iron cooking pots dangling in the stony hearths of Medieval cottages; cauldrons have featured in our history and in our legends and stories for thousands of years. It is time for them to be brought back into practical use, to envisage the possibilities of a cauldron for a practitioner of the occult, who may find their craft greatly improved with the ability to brew potions and raise power with heat and fire, to see the potential of such a container as a working altar for their arte. The earliest printed illustration of a cauldron being used in the context of witchcraft can be found in Ulrich Molitor’s De lamiis et pythonicis mulieribus, (On Witches and Female Soothsayers), first published in 1489. It depicts two witches brewing up a storm by sacrificing a snake and a cockerel to a heated vessel. Indications that a person was practising witchcraft in the days of treatises such as De Lamiis, of trials, woodcuts and broadsheets, was that they performed miraculous, unearthly things with mundane, often feminine household objects. After a day of sweeping away cobwebs and dust, the humble broom became an implement of devilishness and could transport a witch through the air to secret midnight Sabbaths, (anything performed contrary to the laws of nature, and therefore God, could only mean a pact with The Devil). Likewise the cauldron, a hefty piece of cast iron kit, ideal for cooking up large meals for the family, could now be viewed as a boiling pot of maleficia, a receptacle that would receive the most unwholesome of magical ingredients, from the fat of murdered babies to the baneful wild plants that grew only in the name of the Old One himself.

These wild imaginings were part of the mainstream witch delusion of roughly 1450-1750. But beneath this hysteria was a practice as old as the hills, a way of life inherent in those with an affinity for the natural world, for healing, for useful deeds. Folk of cunning, those who walked the path less trodden, who recognised and utilised the plants and herbs that grew by wood and verge, and reaped the benefits of them in everyday life, whether for good or ill. This is where the cauldron becomes ideal for boiling up poultices and healing brews. A place to focus ones work and extract the properties of natural things. From easing the pain of a woman in labour to encouraging rain to fall and nourish withered crops, practitioners of folk magic knew the secrets of herbs, roots and stones and took advantage of mimetic influences.

A key aspect of folk or traditional witchcraft is sympathetic, mimetic or homeopathic magic, a belief that ‘like attracts like’ when imbued with the correct energy and intention. A cauldron brimming and bubbling over an open fire is the ideal conduit for you magical workings, a literal melting pot to enhance the potency of the spells which you are sending off into the cosmos, when filled with the roots, herbs, bones and stones that have an inherent sympathy with your current work.

I’m inviting you to imagine the cauldron, not as an incense burner, ash catcher, or as a mere decorative piece, but to see its potential as a tool for a practice of intuitive alchemy. This is where you can express your spontaneity. Make use of foraged herbs and collected elements as well as your environment, become creative. To begin planning your work, we must discuss the cauldron itself. Here I do not want to emphasise any points of ‘do this, do that’ too strongly, these are just my musings and recommendations, witchcraft is purely intuitive, and you must do what feels right.

Your working cauldron should be restricted to magical use only, don’t boil belladonna one day and simmer a stew the next! When it comes to the vessel itself, an old cast iron cauldron would be ideal, something with a little history that can handle naked flames. Truly though, any sturdy cooking pot new or old can be used. If you’re lucky enough to have an open fireplace to hang your cauldron, you’re in a prime position. Personally for each working I will light a small bonfire from dried wood and kindling in my garden and suspend my cauldron from a tripod fashioned from metal poles. If you have no access to a garden or outdoor space, perhaps a tea-light under a small cauldron may suffice, a bit like a Bunsen burner underneath a test tube.

Next you must decide which substance will be your working medium to set boiling. Water is a good choice, but what kind? This is up to you and what you think would fit best with the nature of your ritual. It could be moon water, storm water, water collected from a faerie haunted stream or the wild briny sea. This is your fertile pool ready to be imbued with intention.

Then decide on the ingredients for your magical brew. Things you have collected, grown and foraged are ideal, things that have a true connection with the land in which you live and practice. A ritual to bring something to an end? Scrape up the very autumn leaves you walk upon and add them to your brew. There are no limits to which ingredients can be used for cauldron work. Herbs, flowers, seeds, roots, thorns, soil, toadstools, photographs, crystals, resins…anything! Whether perceived or historical, anything that holds the properties or associations that connect with the genre of your work (healing, binding, prosperity etc.) can be added to aid in your work; spell craft is incredibly personal, and only you will know what feels right to add.

When the fire is crackling, the water bubbling, and you have all you need gathered by you, you may begin. This is when you can perform whatever is usual to your personal craft, whether you cast a circle, or a witches’ compass or just begin to talk, chant or sing. I do think though that one of the benefits of cauldron work is that it needs no pomp or ceremonial elements, this is an opportunity to get back to basics, to express a spontaneous magic contained within you, to practice an instinctual, wild, primitive enchantment. I only advise that you whisper to each ingredient as you add it to your brew, gift it power and purpose as you visualise the outcome of your spell.

Like chemistry, you are creating something new from various elements combining together. There is no limit to what you may add to your potion. Let the ingredients simmer together, strengthening and transforming towards your desired effect, let the smoke and steam rise to the stars. Stir your intent into to the brew. Meditate and concentrate as you watch the water swirl and bubble. Boil it all down to a high concentration. This very act may be seen as the work itself, or you may wish to keep a vial of what remains for anointing yourself or your tools in future rituals (unless of course it’s a drinkable healing potion etc.)

When your work is done, you may wish to leave an offering to the earth (or spirits/deities as the case may be) in thanks. Bread, cakes and libations of ale are good choices. When whatever is left has cooled, and provided all parts are biodegradable and non toxic, you can bury it in the ground or throw it onto a compost heap.

If it works for you, the cauldron may be viewed as a womb, a place where magical seeds are sown to grow and mature into realised visions. But personally, I see the cauldron as a good old seasoned cooking pot, the more you use it, the stronger the flavour, and the more power and very essence of ‘you’ is contained in every subsequent spell.

If nothing else, it gives you a chance to fulfill the ambition of sitting hunched like a hag or a Weird Sister from Macbeth, muttering strange words by the glow of a mystical fire, an ambition which I know we all share. Happy Brewing! 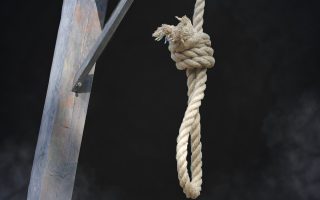 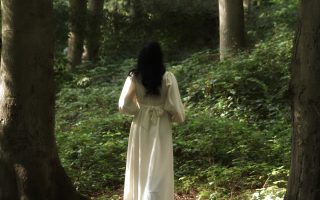 Up the Poison Path – A Walk Through a Witch’s Garden

On the Witches Trail in Pendle